All the STONED NEWS not fit to print – Since 1643 – Salisbury Heights, NH. – Leading STONED NEWS media outlet IN NEW ENGLAND – Containing the most non sequiturs ever devised, published OR read. 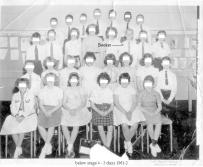 Names and Faces are not ID – to protect the guilty and prosecute the innocent.

Rare photo of all Klown-Kourt bozos before make-up.

FBII [FAKE BUREAU OF INTOLERABLE INDIGESTION] X-FILE AGENTS, Dana Foxy and Mulledwiner Scampy handed down real fake affidavits in regard to the capture and incarceration of the entire “Kreepy-Klowns-and-their -Kartel” group.  All group members (now suspect Kriminals) had to go through all-cavity search-screening and screaming, along with health insurance check-ups including and not limited to – bending-over, mooning and middle finger exercises,  make up removal-creaming and – an inordinate amount of verbal suggestions for the: destruction of all bicycle horns in the world, prior to appearing 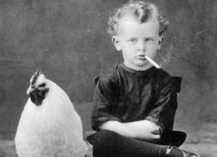 in front of Supreme Clown-Court Judge – Bozo the Clown – in his full frock and make up.

After gasps subsided, the “Kreeps”, in generalized protest, refused to re-do their makeup citing: ‘bad-lighting’, no fun-house-mirrors and lack of greasy paint before appearing. AND – more importantly, were found to have ingested gummy-worms from Colorado, just as Judge Bozo threw the book & chicken at them… [a Rubber Book and Rubba Chicken] for their wholesome contempt.]

Next – asked by Sarasota’s prosecuting attorney general –3Times Mime Clowney: “Why, Why,Why did, did, did you, you, you do, do do it, it it?”

(The First mime uttered words EVER – 3 times EACH, NO LESS – Historic -within annals of “Klown-Kourt-Krime-of-a-Mime”.)

No comments were uttered by any of the “Kartel” members – not only in disbelief and utter shock, but mainly to honor the death of all silent mimes, throughout the world. (They all took party hats off and wiggled their hands in the air and turned around in a rhythm similar to a faint court-building elevator Muzak file of the “hokey-pokey”)

An immediate objection was raise “ON THE QUESTION!” by the defendants’ attorney – Herman Here-it-is-a-Wiggling, in a feminine lisp and legal limp-wrist move, yelling: “I OBJECT!”.

Judge Bozo slammed his rubba gavel 13 times, in mock adoration of the entire group, screaming and shouting repeatedly: “I DO BELIEVE IN SPOOKS… I DO BELIEVE IN SPOOKS…” and then stated emphatically, cross-eyed: “OVERRULED, OVERSIMPLIFIED & OVEREASY!!!” {Guessing in his legal mind as it was, “the new mime way” or some three-some type thingy, or it was breakfast.}

After ten more minutes of the court proceedings, prosecuting attorney – Clowney, (Actually talking again) asked for a 24 hour recess to hopefully find more silent witnesses and to coach Øle Ø. and Lethal on their eventual swearing – and swearing in tomorrow.

Judge Bozo, again, slammed his gavel, instructed the jury not to talk to New York Times, Boston Globe or Washington Post reporters and that they could never talk to anyone else for the rest of their lives, if they so wished, {in case they wanted to breed new silent mimes} and told them to put party hats on before leaving the court. Judge Bozo then instructed lead bailiff, Harvey Winkles-bean, to squirt every juror with silly string, as they left the box. 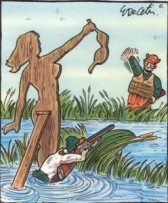 Øle Ø. AND LETHAL CREATE SAFE WORDS FOR FUN AND PLAY:

Øle Ø’s and Stories’ questionable reporter – Donna Lethal, were grateful and retreated to unknown locations, recuperating from last week’s ordeal. Our paparazzo reporters have yet to disclose where they found them, but just released this photo below – taken ten miles from space, via the Huba-Huba-Hubells telescope, from a secret lovers resort location, in the Pocono Mountains of Pennsylvania.

Secret recording equipment was able to hear safe words: “Use Coconut Oil” from Øle Ø’s and “Oh Donna… will bless you” from Lethal. No further information is available, until we get our sneaky-snap reporter: “I Finds Em”, into the mix, along with our three-some reporting conglomerate – reporting “staff swingers”. XXXXXX

OTHER NEWS & WEATHER TIT-BITS FROM AROUND THE WORLD:

Premiere Putin was found totally nude in front of a computer screen with a shrunken weenie in Cold Minsk – screaming expletives at Donnie Tramps twitter page.

Øle Ø. and Lethal shenanigans will get them the keys to the city in Raymond, NH on January 1st. [see previous posts about Raymond], residents are planning a massive ‘Welcome Home’ parade for Øle Ø’s and his new girlfriend after their escape from the “Klowns”.
Klown City – FL. Yesterday.

ØLE Ø.’S NEWS STORIES reporter Charles Assgood, our new Florida beat reporter, was fired for non-performance of his duties in a bow tie. We wish him the best of luck.

GET WELL CARDS, LETTERS OF THE LOST AND FLY-FISHING: XI. [working title]

Øle Ø’s is working serendipitously on typing this story. He’s also working on a serious book – which many FB fans say is a lie – but who knew? Stay tuned.

Øle Ø. and Lethal at a previous engagement.
(not their engagement)
Stories on SEX and the WANING MOON, are housed in this department and we’re still looking for outside contributing editors. Send your stories to Øle Ø’s C/O Øle Ø’s Writes, ASAP – MESSAGE SERVICES OF FB.
[…this section has been closed due to the #MeToo movement]

SMOKIN BABY’S LAST OP-ED – ON THE ELECTION – was posted Oct. 12th. See calendar on right side of page to access.

Suzy-Cream-Cheez and her Pet Dummy.

Do you have a pet you wish to highlight in Øle Ø’s Writes News Et. Al.? Well submit your stories ASAP and find yourself read by millions. Pictures must be legal and allowable for print – which means anything.

Øle Ø’s and Donna on a boat in NH – circa 1969.
If you’re perplexed at the perplexity of the amount of lies generating from this prevaricating rumor mill… well don’t be surprised if you find more lies in tomorrow’s news.

gods shinning down on the best rumor mill in the world. (Undisclosed Location)

Rumors that Øle Ø’s will be in NYC in FOUR weeks have surfaced. We have no clues to the veracity of this rumor.

Keep reading the news and send your letters to the editors asap to Øle Ø’s @ Facebook Messaging.

SEND US YOUR TIPS! THE 4TH ESTATE NEEDS YOUR HELP TO CONTINUE REPORTING THE GREATESS FAKE NEWS EVER!

WE’RE WAITING BREATHLESSLY IN UNBELIEVABLE ANTICIPATION, FOR YOUR RESPONSES!!!